Our professional photo studio has superior lighting, camera equipment, and photographer’s knowledge since 1985, for all passport-visa photos.

Call for info and scheduling!

We will make your passport or visa photo to the exact specifications that you require that is guaranteed to be accepted!

There seems to be a common stereotype that passport photos have to look awful and individuals are stuck with an embarrassing photo in an important passport document for the next 10 years! That doesn’t happen to individuals who select Innovative Images. A passport photo has a specific size requirement for each country but the commonality ends there. Lighting technique, posture, professional camera equipment, and personal interaction set passport photos by photographer Robert Berger apart from the others! Why experience application rejection, embarrassing photos,  and wasted time. Have a wonderful experience and do it right the first time. Call Innovative Images for an appointment!

US immigration photos for the diversity lottery, US green card, US work permit, DS-160 photos, Digital visa photo to upload, newborn or infant, all Canadian passport and visa photos for citizenship, permanent and temporary resident, are common requests for us.

Innovative Images Photography by Robert Berger is an award-winning professional photography studio. Robert photographs each client using professional equipment and portrait studio lighting, so you will look great! Why risk the hassle of having your passport photos rejected and then having to resubmit your passport application? Your passport photos are printed to the exact size needed while you are at the studio. It usually takes about 30 minutes to complete(except if we are very busy).

Visa photos of all sizes( the digital image file is available at an additional charge). 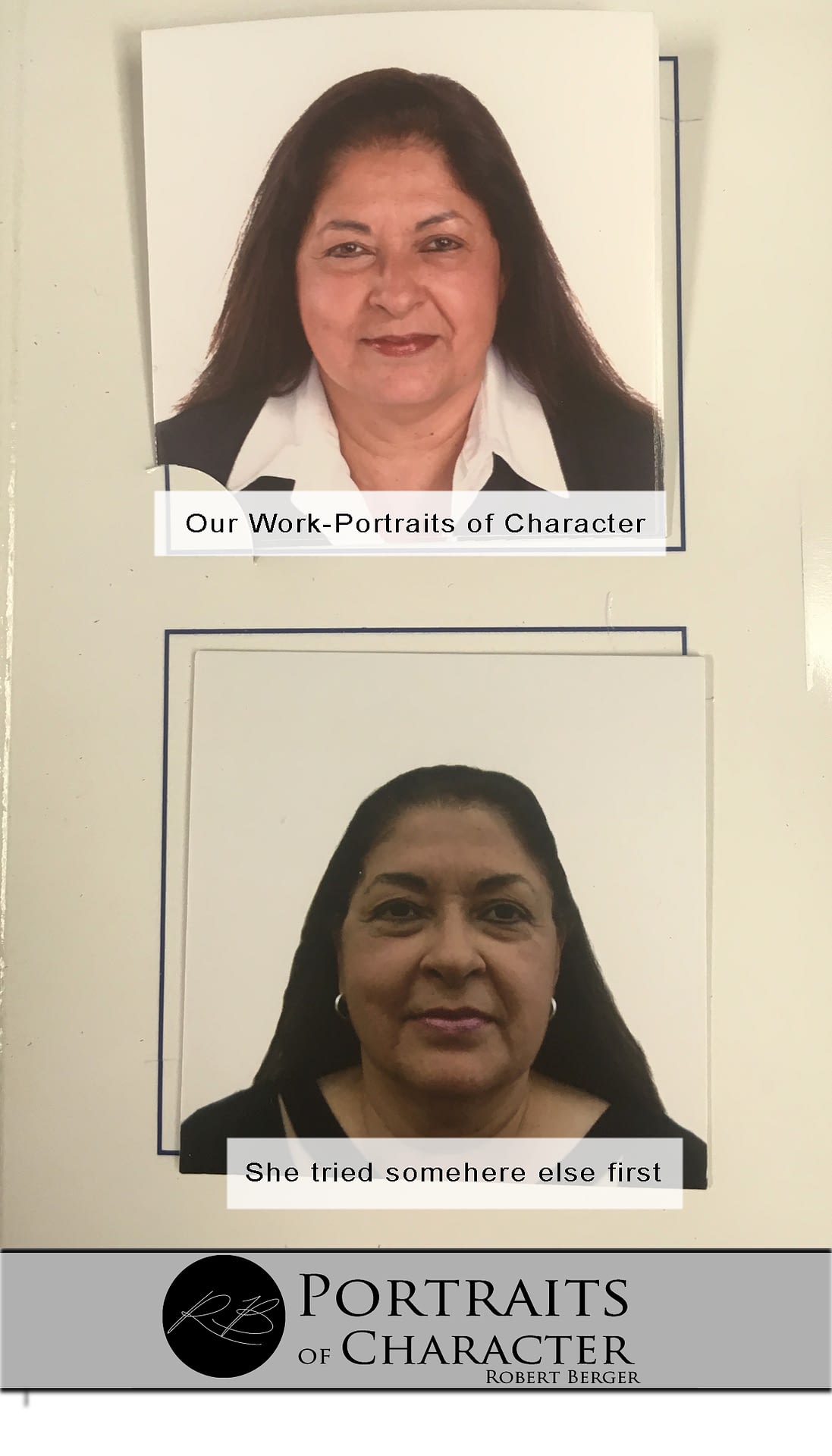 Top photo is our work! 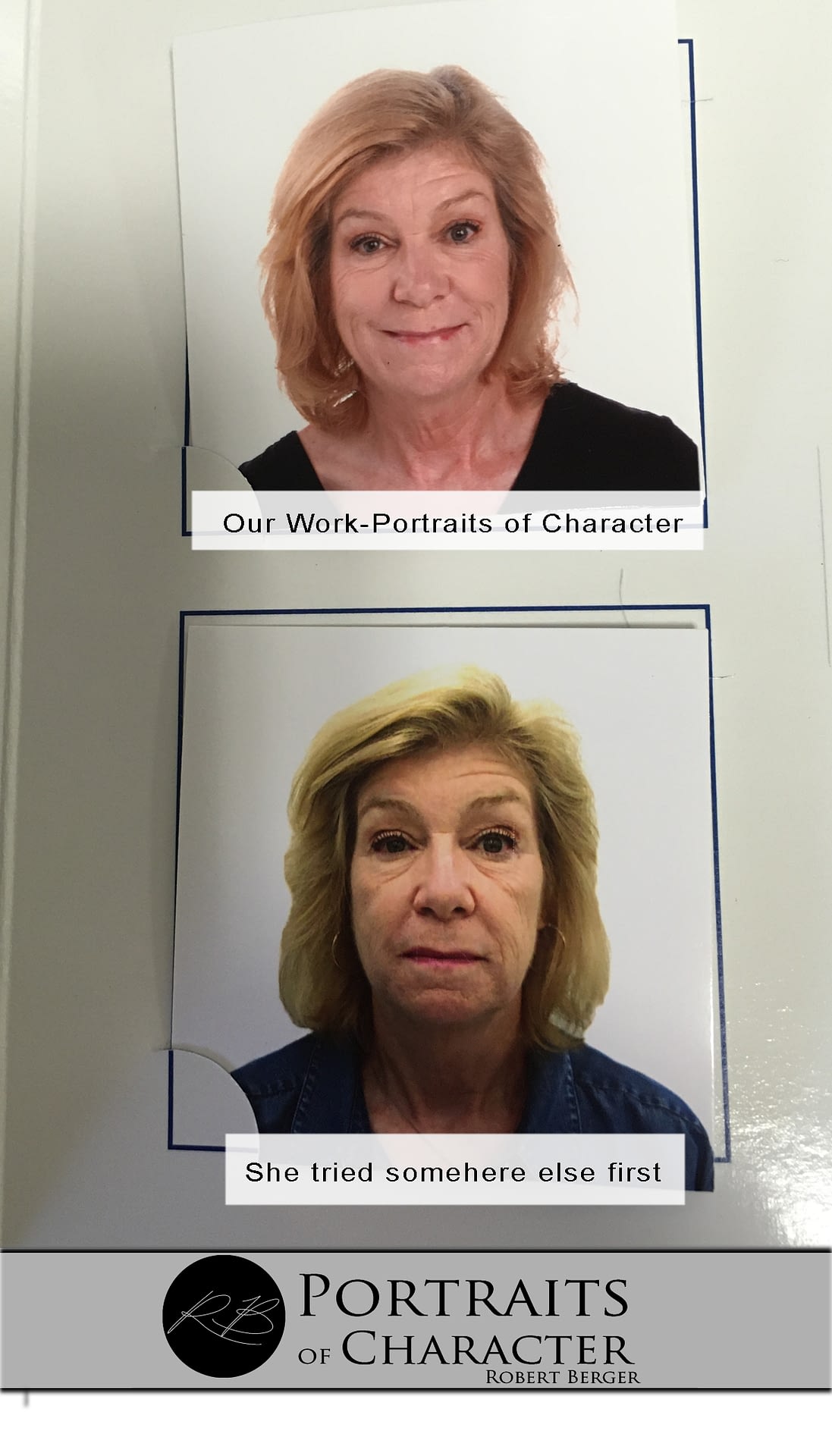 Top photo is our work

Don’t just listen to us. Here are what people say about us.

“Robert is excellent with his work. I wanted a set of visa photos taken for Canada and he had thorough knowledge about it. Not only that he made the entire process very entertaining for us. It was fun to work with him. He also accommodated us at a very short notice which we really appreciate. I highly recommend him for any visa pictures or otherwise as well. Robert is amazing. You rock!”

“Innovative Images guarantee passport photos will be accepted and I found this a compelling reason to use their service. In addition to this practical reason, Robert was courteous and helped put my daughter at ease. He gave us a brief overview of the classic Hollywood portrait techniques he has mastered – even though we did not use them for a simple passport photo. I would recommend the studio to anyone looking for high quality, distinctive photos.”

“I had my permanent resident pics taken by Robert Berger and would highly recommend him to everyone, for his professionalism and amazing photography. I was proud of the final photo and immensely enjoyed the entire process of having my pictures taken. He made me comfortable and guided me throughout the process for a happy image and having the best angle in the photo. Indeed, I could see the glow in my picture resulting through his guidance and professional photography. The result was awesome. I’ll be taking all my I.D pictures from him going forward. Great work Robert!”

Each review has a personal story. Read and write reviews

Award-winning portrait photographer Robert Berger says “A camera is like any tool, just as paints and brushes are to an artistic painter. Rembrandt, Picasso, used the same tools as all artists that paint. Their unique creative vision and masterful use of their tools set them apart from their peers. Photography isn’t an exception. Creative vision, knowledge, flattering posing, lighting, and interpersonal interaction with subjects are key to creating outstanding photographic artwork.” Robert asks inquisitively “Who wouldn’t want to be remembered?” His motto is “Stunning portrait photography created with expert craftsmanship and experience, preserves the present for the future! His studio is known for professional headshots, corporate group photography, photo restoration, passport photos, visa photos, family and pet photography. His signature style is glamorous movie star-style portraits from the Golden Age of Hollywood. Established in 1985.  Portraits of Character by Robert Berger and Innovative Images Photography by Robert Berger   Copyright 2022 copying or redistribution of this page is not permitted without written consent by Robert Berger.

Producing artistic professional headshot portraits that captivate the viewer’s attention are studied not glanced at.